My experience with Earnshaw watches was Interesting. Within one brand and two watches I found a diversity of design. One represented a modern sports/diver watch while the other was a more simple and elegant everyday watch that drew its design inspiration from a marine chronometer.

As soon as I put it on my wrist I knew the Admiral was not for me. While I liked the dial design, and the overall styling, it was simply too thick for my wrist. At about 14.5mm thick it was just too much. This watch needs to be on a wrist far larger than mine to feel comfortable. While the width of a watch is something one can get used to, the depth is one of those things that either works for you or it doesn’t. 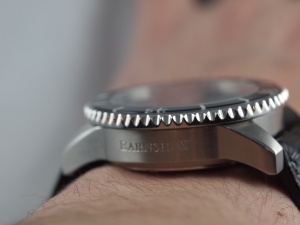 Beyond my initial resistance to it based entirely on my opinion, there are some good attributes to the watch. The dial is very well designed and while busy manages to be very legible. They opted to have mostly hollow hands with just the tips filled which allows for greater legibility of the functions such as the date and the power reserve. The case is and feels very solid, and has a nice weight to it that you sometimes do not get with watches of this type. The button above the crown activates the date function (the sub-dial in the upper right, and while it seems like a bit of overkill to have such a pronounced design feature just to set the date, it was oddly reminiscent (in a good way) of setting the date on an aircraft clock. It also runs reliably on its Chinese caliber CH-TY2714. 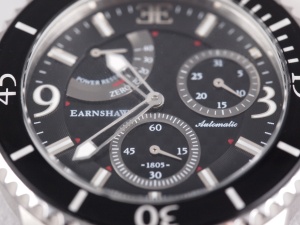 As with all watches there are some problems. The one-directional bezel feels somewhat puny in construction quality to the rest of the case and the click of its rotation does not feel like it is fitting of the case construction. Additionally, the crown is not centered on the crown guards, which is an odd oversight, but an annoying one at that. Finally, the date changes consistently early (about 4 minutes.)

All in all, it is a good-looking, hefty watch that happens to be too thick for my wrist. If you are into larger, sportier watches then this is definitely an option. While the listed retail price at $680 is a very high price to pay for this watch, it is routinely available at much lower price points. Places such as Gilt and Overstock.com have sold out of this watch in the $120 range, which I would say is a fair price.

The second watch I tried was the Ashton. I have very little negative to say about this watch. It is a comfortable wear, has a great weight, and a well executed combination of different design elements from the marine chronometer inspired dial, the porthole styled bezel, and the brushed steel band with polished streaks.

The dial is very legible with the prominent roman numerals and the elegant and simple chapter ring. The Breguet hands fit very well with the style of dial. Built with what looks to be a member of the Chinese CH-TY25xx family it is a solid automatic movement for the price.

The problems I found with this watch were that the power reserve continues to move forward past the full indicated 40 hours and can look empty even though running. The Roman numerals while fitting well into the watch design are stamped on the dial as opposed to being made separately and inserted in. This has the unfortunate effect of making the dial look a bit cheap at certain angles. Additionally the band, while well finished on the outside had cut marks on the less seen sides. Finally, the clasp is a bit tough to work until it loosens a bit. 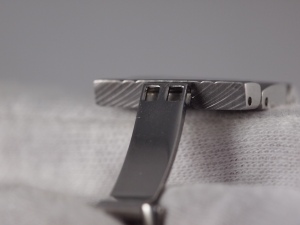 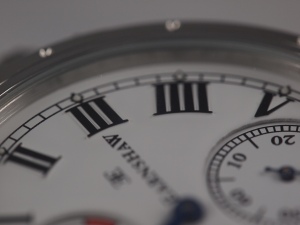 I thoroughly enjoyed this watch. It was comfortable to wear, looked great, and is well executed. The listed retail price at $600 is high for this watch, but was listed a while ago at Gilt for $200, and I am sure will pop up again at a similar price. In that range it is a good value.

I think it is worth clarifying that although Thomas Earnshaw was a major contributor to the world of horology with his pioneering in the field of Marine Chronometers, the current brand that bears his name has no resemblance to the legacy of the man himself or his contributions to horology (even though their marketing would indicate differently.) They are instead a modern incarnation that puts out large production watches using mass-produced movements. Judged against the legacy of Earnshaw, one is likely to be let down, but judged as its own different brand, Earnshaw produces some well-styled watches worth seeking out if you are in the market and can find them at the right price.