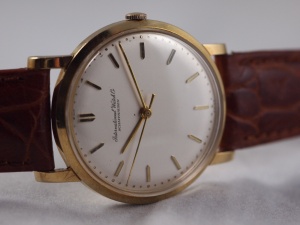 Before IWC was the avant-garde and aviation-inspired brand it is today, they made some uncharacteristically plain, but incredibly well executed ultra-thin and elegant calibers. Among those made were the Caliber 89, the 401, and the 402 to name a few. This 402 is so thin it almost disappears on its side. After spending a bit of time with this piece I am convinced that these vintage IWCs represent perhaps the best value for a solid gold, well-made dress watch on the market.

I got this watch in “running but not tested” condition, which almost always means it is in need of service, not running well, and that there will be at least one goodie I’ll find inside. This was no exception. It ran nearly five minutes off per day. Additionally the movement of second hand was incredibly erratic and it would appear to “fall.” This is usually caused by the second hand being too loose for the pinion it rests on, but in this watch the problem was different. IWC employs a hair-thin friction spring to keep the second hand aligned and running properly. This piece is so fragile that it took me two attempts (and expensive parts) to get it done right. That part, a new mainspring, and a thorough cleaning and oiling got this beautiful dress watch up and running well again.

On the wrist it is almost too light (even for solid gold!) It is a perfect watch for people who do not like heft or a watch that doesn’t easily glide in and out of a shirtsleeve. It is without question a dress watch. I think someone would be very hard pressed to pull this off in jeans and a t-shirt. The dial speaks to the elegance of the overall piece. It is plain and simple yet the International Watch Co font gives this watch its tone. The only real external flaws on this watch are the unfortunate scratches someone gave it trying to open it. Watches like this tend to have a very small notch where the case opener has to be wedged. For this purpose I obtained a tool and spared no expense in doing so. It is a very small and very sharp lever that is capable of opening almost any snap off case without making a mark. The person before me was not as gentle, and clearly didn’t look for the ledge. The result was a scratch down the back. Then when they found the notch, it took a few tries, resulting in the smaller scratches that can be seen. Fortunately they are on the back, and do very little to ruin the impression this piece gives on the wrist. 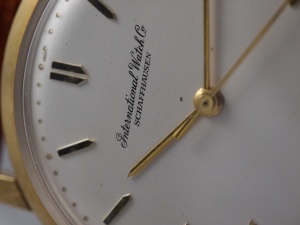 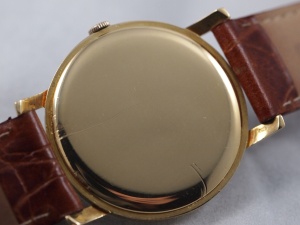 Back together this is one of my favorite vintage dress watches that I have had the chance to work on. It has a remarkably well-made movement (albeit fragile) and its wafer thin construction makes it one of the most comfortable and unassuming solid gold pieces on can own. 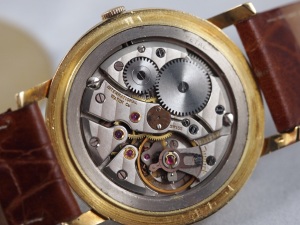 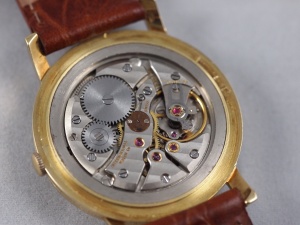 Next up on my IWC list is definitely a Caliber 89. This great piece definitely changed my perceptions on IWC as a brand. 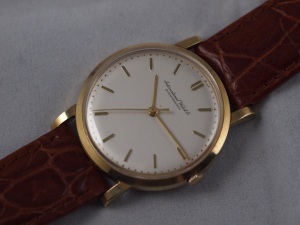 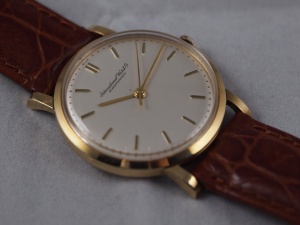 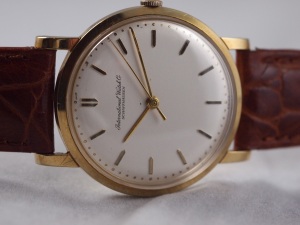 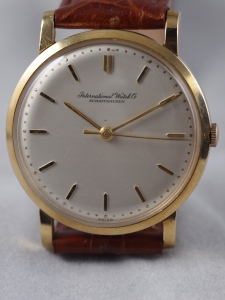